The Bisexual Group gathered on the 2nd Sunday of November, the 13th, with a special guest: Lorena Lombardi, life coach, and last person responsible to the now defunct organism “

Bi Unité Montreal”. She presented herself, talked about the death of her once-famous organism and went on with the month’s subject: intersectionality. The subject spanned the different angles of discrimination (family-based, in professional context and around public instances like law enforcement and health services), then the different layers applicable to that concept (we used the example of stigmas on relationship styles, like polyamory, to add on the classic myths around bisexuality). END_OF_DOCUMENT_TOKEN_TO_BE_REPLACED

The Bisexual Group gathered on October 9th. After a round-table of presentations, we attacked this month’s main subject: pornography! The subject was dissected meticulously and we proceeded to discuss about the influence of Internet over our sexuality. We had a brief digression about strict hetero-/homosexual orientations, and touched the subject of common issues and solutions between bisexuals, which is the essence of this group. END_OF_DOCUMENT_TOKEN_TO_BE_REPLACED

We gathered as usual on the 2nd Sunday of September to discuss the subject of bisexuality. We covered the subjects of curiosity (in the sense of sexual or genuine curiosity, but also in the sense of the “hetero-curious” and “homo-curious” sexual orientations).
END_OF_DOCUMENT_TOKEN_TO_BE_REPLACED

Book Signing at the ALCC: Author of Trans-Oriented, Michael David Freel, joins us!

We are honored to have Michael David Freel at the ALCC to sign copies of his book, Trans-Oriented. Join us Sept 18, 3016 at 3pm.

As written on Amazon.com: Topical, wickedly frank, instructive…and frequently hilarious, Trans-Oriented is perhaps the world’s very first romance guide for men whose sexual orientation is inescapably drawn towards transgender women. With everything a TGentleman will need to know about dating, friendship, romance, love, and sex with a TGirl, this comprehensive look at a seldom-examined world is jam-packed with information and practical advice. And it won’t shrink from hitting readers upside the head with a ‘clue by 4’, either. The stereotype-shattering Trans-Oriented will be a END_OF_DOCUMENT_TOKEN_TO_BE_REPLACED 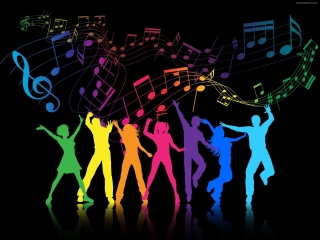 Come join us Sept 25, 2016 at 5:15pm for a unique workshop that puts a creative spin on such a sensitive topic.

Sivan says, “What makes us say a particular way of moving is more masculine or feminine?” To deconstruct these cultural stereotypes, we’ll first explore the components of a movement (timing, muscle tone, direction, smoothness, etc.). That will help us understand how they contribute to END_OF_DOCUMENT_TOKEN_TO_BE_REPLACED

We gathered this Sunday, as usual, after the Poly groups. The month’s topic was “living in monogamous relationships”, a subject that brought varied opinions about the advantages and disadvantages of closed relationships for bisexuals. We used this article to start the discussions, and flowed towards the varied degrees of open relationships. The discussion engaged after that towards particularities of relationships between bisexuals, bi-hetero and bi-homo couples. END_OF_DOCUMENT_TOKEN_TO_BE_REPLACED

Under the watchful eye of Natalie, Prince had the great pleasure of animating the latest Bisexual Group. After a round table of presentations, Prince talked about the Kinsey, Red-Purple and Klein scales, thus charting a bunch of terms: hete

rosexual (straight), heterocurious, heteroflexible, pansexual, homoflexible, homocurious, homosexual (gay/lesbian). Prince mentioned the existence of romantic, sexual, behavioural and social factors in everyone’s orientation.
The Purple-Red scale brought yet another dimension that we inspected, and we went on with other dimensions such as gender identity and interest in kink, that we found had generally no correlation between each other.

Some participant wanted to come back to last month’s subject -when to consider coming out- with a particular case of office flirt, that the group enjoyed discussing about. END_OF_DOCUMENT_TOKEN_TO_BE_REPLACED

We gathered again in the beginning of Spring to bounce our latest ideas around. After a round table to present ourselves, we exchanged on several topics:

The Bisexuals group gathered on this pre-spring Sunday with the firm intention of debating around the nuances contained in the Urban Dictionary’s definition of the Unicorn and bounced off to discussions related to applications of bisexuality in polyamorous context. We then covered concepts like the impostor syndrome and the junction of fetishist considerations in bisexuality, to end up comparing our flirting methods and tactics. That might be the subject of the next group. The group finished off in a restaurant, where we exchanged freely amongst ourselves. By the amount of laughter, I can say every participant had quite a lot of fun when we figured that the trick to successful flirting is simply not to be creepy. Thanks to everyone that attended for their awesome attitude and see you around!

On February 14th -such a romantic day-, the Bisexuals Group gathered  between 17h and 19h to review what Wikipedia had to say about bisexuality. We went diagonally through the pretty long article (reading the interesting sections),and stopped from time to time to discuss various subjects. END_OF_DOCUMENT_TOKEN_TO_BE_REPLACED